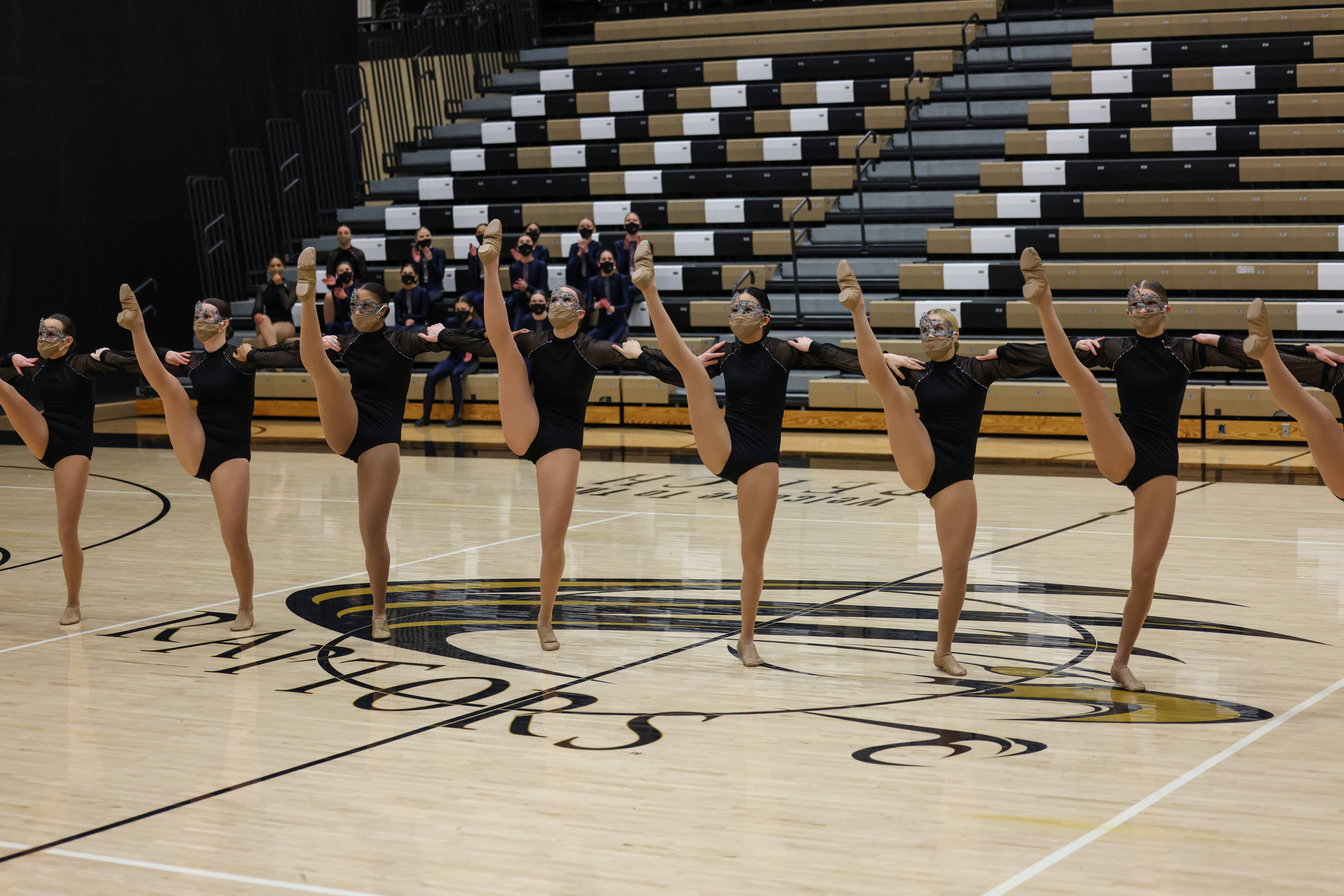 As the dance team nears the end of the season, the team has been reflecting on the past three months and what still lies ahead. They started their season in late November in-person, and then moved to Zoom practices for four weeks.

The team was happy to reunite with each other in late December and were ready to start working hard to pursue their season's goals. Shortly after, weekly SEC Conference competitions began, where the dance team broke out of the gate with higher placements and scores than previous years.

The team was excited and motivated to keep pushing themselves, to see how far they could take their successes. It was an intense five weeks where they would compete on Thursday, make changes to routines, and get ready to compete again the following Thursday. The top three teams in the conference were extremely close throughout the five competitions leading up to conference finals, with many teams swapping placements and the highest scores.

On February 18 , the dance team had their final conference competition, where the team earned their way to first place rankings across the board, for both kick and jazz. With this accomplishment and the placements at the past conference competitions, CDH became the overall high kick conference champions and tied for overall jazz champion.

This is the first time in CDH Dance Team history that they have taken first in both dances at a meet, and been named overall conference champions. "Having coached this group of seniors since they were freshmen, I could see their dancing skills improving each year along with their motivation to take this team to new successes. Leading into this season, I knew this was a special group," said their kick coach Nicole Prom after the competition  on February 18..

Captains Abby Blake ’21, Maddie Zoost ’21, Natalie Scott ’21, and Carly Sullivan ’21 have been at the heart of the team, pushing themselves and their teammates to new heights each week. "It has been extremely rewarding to see how far we've come over this season, and over the past four years on the team," said Zoost.

"We have had a 'protect the dream' motto throughout the season, that reminds us of our goals and helps us persist even with a small team," said Blake.

The small team has pulled together to support one another through the challenges of the season.

"We have a close-knit group that shows up ready to work together, for each other, each practice and competition," said Scott.