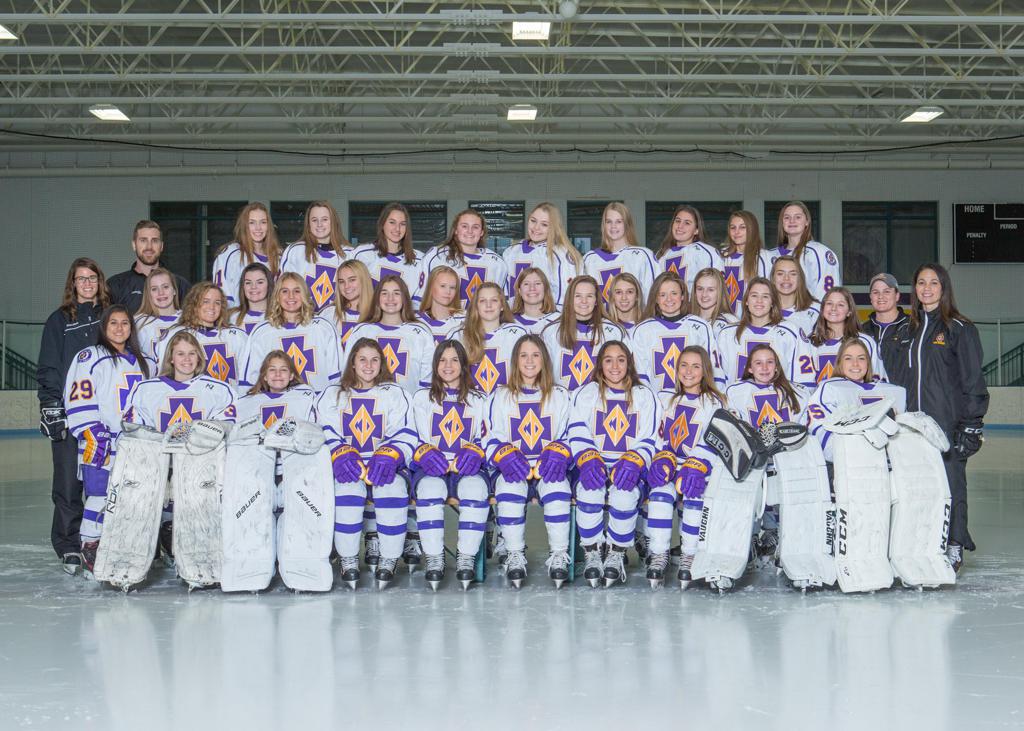 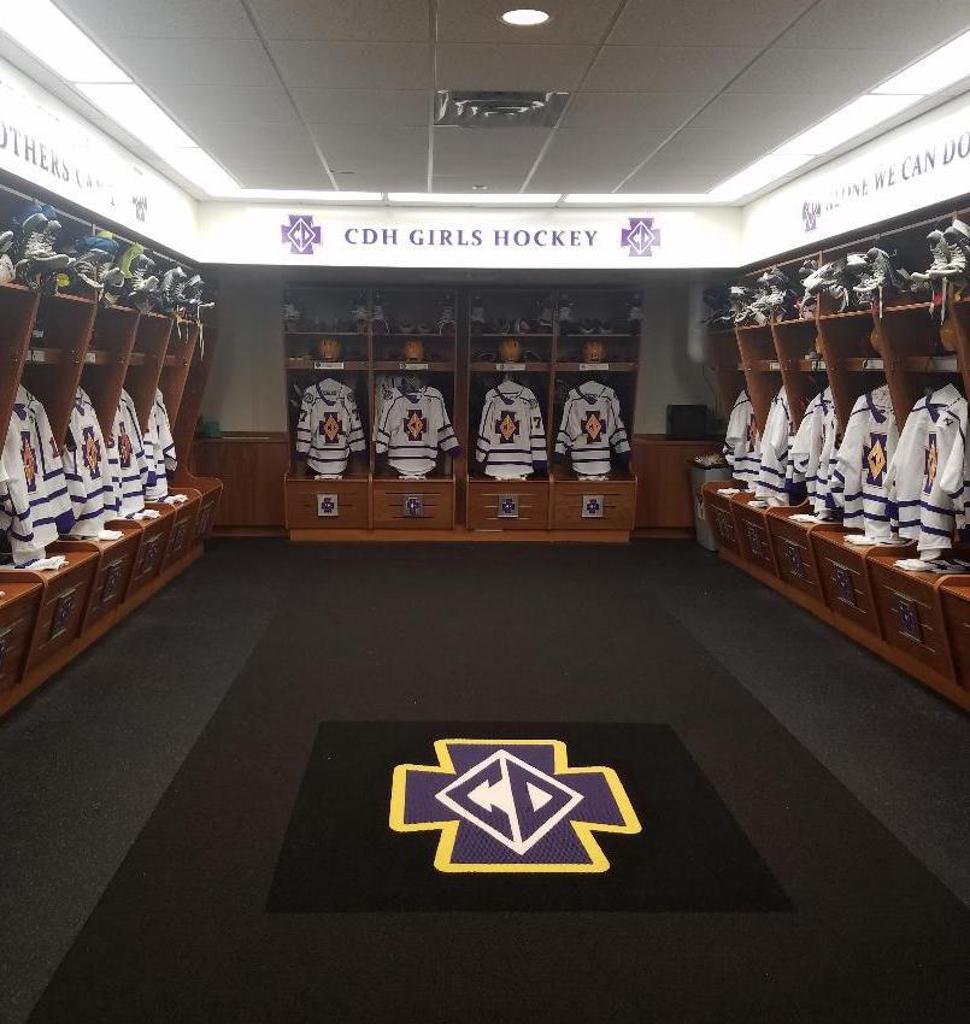 Girls’ hockey program season begins in October 2018, with section competition starting in mid- February, concluding with the MSHSL State Tournament toward the end of February.  Varsity and JV Hockey teams practice Monday-Saturday with conference games usually on Tuesday and Saturday.  CDH uses the Charles Schultz - Highland Arena as their home ice rink for practices and games.

Brooke White-Lancette: Brooke has been active in the local hockey community at all levels as a coach and competitor for the past 13 years. Born and raised in California, Brooke moved out east at the age of 15 to attend Northwood Prep School in Lake Placid, NY, where she played Boys Varsity high school hockey. Brooke also led the local girls team, the Lake Placid Rockets, to three consecutive State championships. In college she was a four-year starter at Northeastern University and was elected captain her senior year. Playing from 1998 to 2003, she earned All-Conference First Team her final three years. Brooke took a hiatus from her college studies in 2000-01 to spend the season training with the U.S. National team on the Pre-Olympic tour. She was fortunate enough to compete in the 1998 and 2002 Olympic tryouts as well, and played with Team USA in 2010 while on tour here in Blaine.

"I am excited to be part of the CDH family.  I have seen the deep tradition of CDH through my husband and in-laws.  I want to help continue to develop and coach the next generation of CDH graduates.  My prep school experience taught me how to exceed expectations and how to perform at a higher level, which all prepared me for my future. It's a privilege to follow in the footsteps of such a dynamic coaching staff. I expect to continue to build on the tradition they have instilled in the current team members. I am thankful for the opportunity to help our student-athletes at CDH reach their full potential.”

Brooke moved to Minnesota in 2003 for the express purpose of furthering girls’ high school hockey. Brooke went on to train some of the most successful female athletes in Minnesota.

Teaming with Winny Brodt and Jenny Potter, the three paved the way for future athletes by co-founding a semi-pro team: the Minnesota Whitecaps, the first American women's post collegiate hockey program. Brooke remains an active player and co-captain of the MN Whitecaps and continues to exhibit her devotion to the game while being a positive role model.

Coaching is deeply rooted in Brooke’s family. Her grandmother was a high school field hockey coach for more than 30 years. Her father created and ran Hockey Basics out of southern CA, and her brother continues to run his own training program in Scottsdale, AZ.

For the past ten years, Brooke has been the CCM High Performance 15s Head Coach for District 6. As a results-oriented head coach Brooke can proudly proclaim that 90% of her players have advanced to the 102 Minnesota National Summer Camp. Brooke has also coached a wide range of youth, boys, girls, high school (Mound Westonka), and elite (MN HS Elite League) teams in Minnesota. Brooke's passion for teaching the game and development of players is unmatched. She brings excellent communication skills and a strong history of working with individuals and groups  to build high performance teams. We are proud to have Brooke as a part of our CDH Girls Hockey Program.

Outside of coaching, training and playing hockey, Brooke and her husband, Tony ’89, have two young sons, Blake and Beau.

Jenna Westerham played hockey at Concordia College in Moorhead, MN. She says that the keys to a successful program are Commitment, Teamwork, and Positivity.

Riley Olson played hockey at the University of North Dakota. He believes that if a program emphasizes the development of team chemistry, then success will follow.

Alli Altmann played hockey at Mankato State. Her experience as a goalie coach includes the U.S. Women's National Team and St. Catherine University. She is the Vice President of Devenir Goaltending School.

The Registration "Girls Hockey" is not currently available.