Nine individuals and three teams inducted in the inaugural class

The CDH Athletic Hall of Fame was a special and wonderful event on May 17, 2018!

The Cretin-Derham Hall Athletic Director Phil Archer '99 and Vice President for Advancement Rob Bollinger hosted the inaugural CDH Athletic Hall of Fame induction ceremony on May 17, 2018. A sold-out crowd of more than 430 people gathered at the Anderson Student Center on the University of St. Thomas campus for an evening of memories, camaraderie, laughter, and a few tears.

Bill Walsh ’57 is one of the only Raider athletes to earn 12 varsity letters from Cretin High School (4 in football, 4 in hockey and 4 in baseball) and was a member of the 1957 Cretin State Championship hockey team.

“Bill Walsh's 1957 classmates elected him Best Athlete in our class, not just because he accomplished the singular feat of earning 12 varsity letters, but also because he was such a team player and one of most likable guys in the school. Whenever he'd make another great play on the field or ice, he'd react as though it was his teammates' assists that deserved the credit. And on the rare occasions when Bill was on the sidelines, he'd be the first to pat a teammate on the back or shout encouragement. Bill was a star on and off the field; and his gifts to our school are of course the kind that just keep on giving.”
- Teammate Mike Murphy '57

“Here was a guy that never wore the ‘high hat.’ He surely would never let you know what a great athlete he was, starting on 11 of the 12 teams he played on. Unassuming, a good sense of humor, easily met…he was never preoccupied with himself or how good he was. Bill was the perfect example of a great Cretin Man…solid and a good friend. A decidedly deserving person for the CDH Athletic Hall of Fame…Hail Cretin High and William P. Walsh, a true class act.”
- Teammate Larry McMahon ’57

Erin Sobaski ’81, a three-sport athlete at Derham Hall, participated in track, cross-country, and gymnastics, earning four varsity letters in each sport. Erin excelled as a track and field athlete in a number of events, and she still holds several records at CDH, including high jump (1st), 100 meters (2nd), and 200 meters (3rd).

Upon graduation from Derham Hall, Erin enrolled at the University of St. Thomas where she was a standout athlete for the Tommie’s track and field team, earning induction into the UST Athletic Hall of Fame in 1995. Erin was a six-time All-American in track and field at UST, competing in three national NCAA track meets. She competed in four events in the national NCAA track meet in her senior year, leading the Tommies to a 4th place finish while finishing as the runner-up in the 400 meter hurdles. Erin was named the Most Outstanding Performer at the MIAC outdoor conference meet in 1985 and her high jump record at UST remains the best in school history. Erin passed away on June 6, 2016.

Chris Weinke '90 was a standout athlete in football, hockey, and baseball for the Raiders. Chris was named as the First Team All-American Quarterback by Parade Magazine and was also named the Minnesota Prep Football Player of the Year in his senior year. He was a member of the Class AA State Champion Raider baseball teams in the 1989 and 1990 seasons.

Chris was drafted by the Toronto Blue Jays in 1990 and spent six years in the Blue Jays system before entering Florida State as a quarterback for the Seminoles in 1997. Chris excelled at FSU, leading the Seminoles to an undefeated season and the National Championship in the 1999 season. Chris was awarded the Heisman Trophy, the Dave O’Brien Award, and the Johnny Unitas Award in 2000, as well as being named to the First Team All-American team.

Chris’s career at FSU included a record of 32-3 as a starting QB and he holds school records for career passing yards and career touchdown passes. His Seminole jersey was retired in 2001 and he was inducted into the FSU Hall of Fame in 2011. Following his college career, Chris was drafted by the Carolina Panthers in 2001 and played in the NFL from 2001 to 2007. His playing career was followed by a coaching career, including stops at the IMG Academy, the St. Louis / Los Angeles Rams, the University of Alabama, and currently at the University of Tennessee.

Jenny Haigh '91, a three-sport athlete, earned 11 athletic letters while competing for the Raiders in soccer, basketball, and softball. She was named to the All-State Soccer team three times and led the state in scoring her junior year, scoring 56 goals in her junior season and 99 career goals. Jenny was named the MVP of the State All-Star Soccer game as a senior.

Upon graduation from CDH, Jenny enrolled at the University of Wisconsin where she was a soccer scholarship athlete. She was named the team captain as a senior and earned Academic All-American honors while she led the Badgers to the NCAA Sweet 16 four times and the Final Four twice. Upon graduation from UW, Jenny ventured to Sweden to play professional soccer for one season before moving into coaching college soccer.

Her coaching career included three years at Arizona State University and one year at the University of Missouri as an assistant coach, and six years at Northwestern University as the head coach. Jenny passed away on April 14, 2018.

Matt Birk '94 participated in football, basketball, and track & field for the Raiders. He was named to the St. Paul Conference All-Conference team and the Minnesota All-State teams in his junior and senior seasons, as well as an Academic All-State selection. Matt was a member of the Raider’s State Championship basketball team in 1993.

Upon graduation from CDH, Matt enrolled in Harvard University where he played football for the Crimson as a Center, earning All-Ivy League, All-New England, All-ECAC, and Division 1-AA All-America honors. Matt was drafted by the Minnesota Vikings in 1998 and became the starting Center for the Vikings in 2000, starting in all 16 games and being named to the Pro Bowl. He went on to start every game for the Vikings from 2000 through the 2003 season, and he was named to his sixth Pro Bowl with the Vikings in 2007. Matt was named the Vikings Man of the Year in 2007 for the sixth year in a row and received the Walter Payton Man of the Year Award in 2011.

He signed a free-agent contract with the Baltimore Ravens in 2009 and was a member of their Super Bowl championship team in the 2012-13 season. Matt announced his retirement from professional football on February 22, 2013, and was named the NFL Director of Football Development on July 10, 2014.

Kate Townley '00 competed in basketball, soccer, and softball for the Raiders, gaining all-conference and All-State honors in the three sports. In basketball, Kate was the team MVP three times and the team captain her junior and senior years. In addition, she led the Raiders to the Class AAAA Championship in the 1999-2000 season with 27 points, 16 assists, and 9 rebounds as the Raiders defeated Moorhead in the state title game. Kate holds the CDH school record for assists and is among the leaders in the record books for career scoring and steals.

Kate attended Binghamton University in New York as a basketball scholarship athlete, and she led the America East Conference in assists for three seasons while playing for the Bearcats. Kate is in the top ten in the Bearcat record book for assists, steals, and free throw percentage. Following her senior year, Kate was the 2004 recipient of the award at Binghamton given to a graduating senior female who exemplifies outstanding athletic and academic achievement as well as service to the community.

Joe Mauer '01 was a standout athlete in football, basketball, and baseball while competing for the Raiders, being named to the Minnesota All-State teams in the three sports. Joe is one of the few athletes nationally to be recognized as the USA Today National Player of the Year in two sports, which were football and baseball. In his two years as the starting quarterback for the Raiders, Joe threw for 5,528 yards and 73 touchdowns, leading the Raiders to the State Championship game both years and winning the title in 2009. Joe’s football honors included being named the Gatorade Player of the Year, the National Quarterback of the Year, and being named to the Reebok/ESPN All-America team.

Alyssa Karel Ylinen '07 was a three-year letter winner in soccer and softball, and earned four varsity letters in basketball. During her four-year basketball career for the Raiders, she was named the team MVP and earned the All-Conference designation every year. Alyssa also earned All-State recognition in her sophomore, junior, and senior years and was a finalist for the Minnesota Miss Basketball Award in 2007. In addition, the St. Paul Pioneer Press named her as the State Defensive Player of the Year in her senior season.

Upon graduation, Alyssa enrolled at the University of Wisconsin as a scholarship athlete, earning four varsity letters and starting three seasons for the Badgers. While at UW, she led the Badgers in scoring for three years and finished her career as the 12th leading career scorer. Alyssa was voted team captain her junior and senior years, and was named the MVP in the Big Ten Tournament twice. She was also named to the All-Big Ten team in her junior and senior years and earned Academic All-Big Ten and All-American recognition.

Alyssa finished her playing career in the top professional league in the 2012-13 and 2013-14 seasons, with recognition as a finalist for the league MVP.

The Honorary Raider Award recognizes an individual who has demonstrated a longtime commitment to Raider Athletics and has made a significant impact on the lives of the student-athletes and coaches at Cretin-Derham Hall.

Bob Sweeney ’77 has a lifetime of support and service to CDH and Raider Athletics, including attending thousands of games and serving as the PA announcer for countless baseball, basketball, and volleyball games. Bob has served as an assistant “coach” to many of the great Raider coaches and has coached youth sports at the grade school level, as well as serving as an official and umpire for youth athletics in St. Paul for many years. Sweens has also worked as a custodian at CDH for nearly 20 years.

“When you hear the name ‘Sweens’ in the Raider athletic community, everyone knows you are talking about Bob. The passion and loyalty he has for Raider athletics are unparalleled.”
- Jim O’Neill ’74

"Sweens has truly made a positive impression on every athlete who has been privileged to associate themselves with him. His passion and spirit never fade regardless of the current game conditions or scoreboard. Sween's Raider Pride is what Raider Pride is all about and the entire CDH Community is a better place because of his endless hours of time and support, both on and off the field."
- Tony Leseman ’01 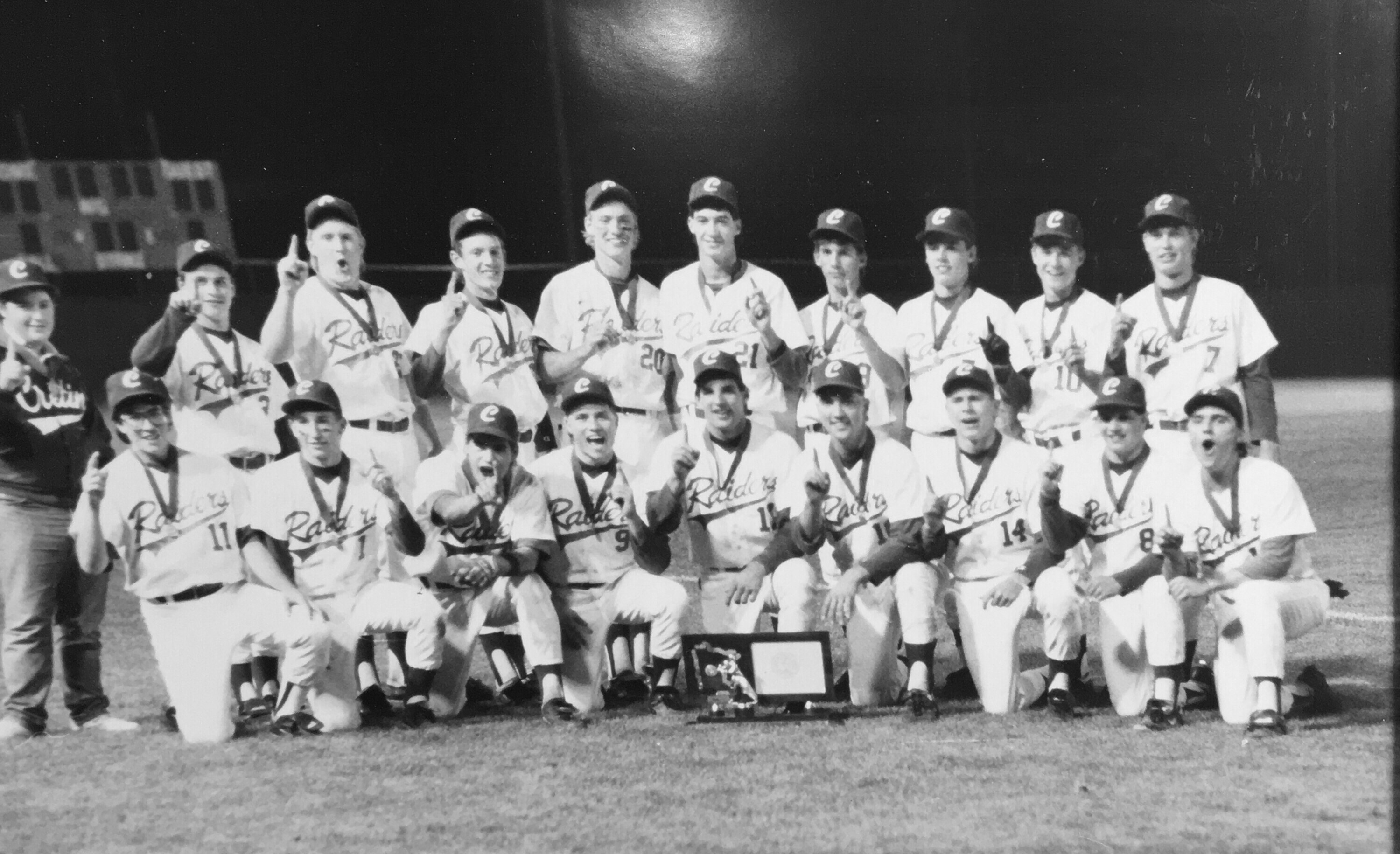 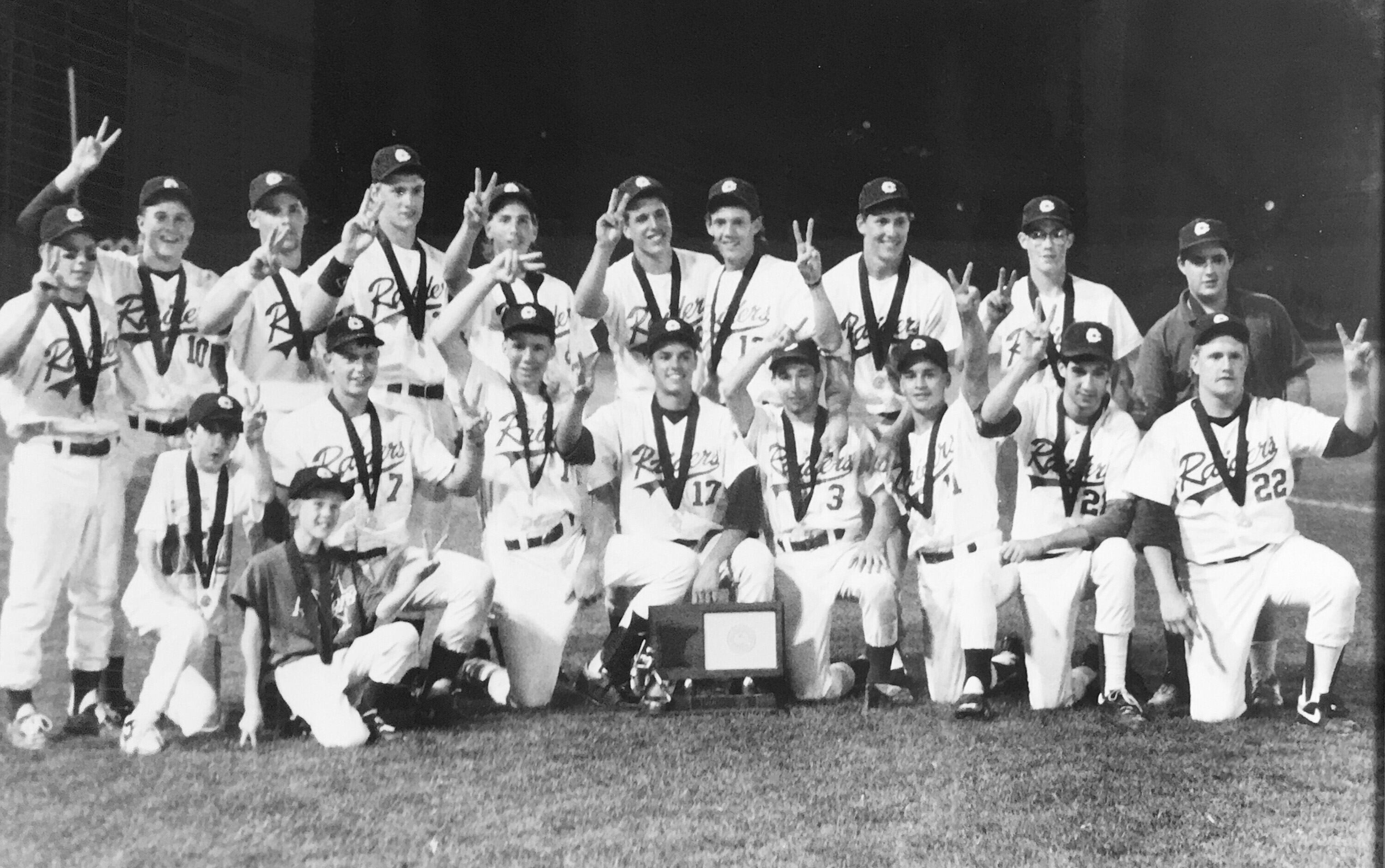 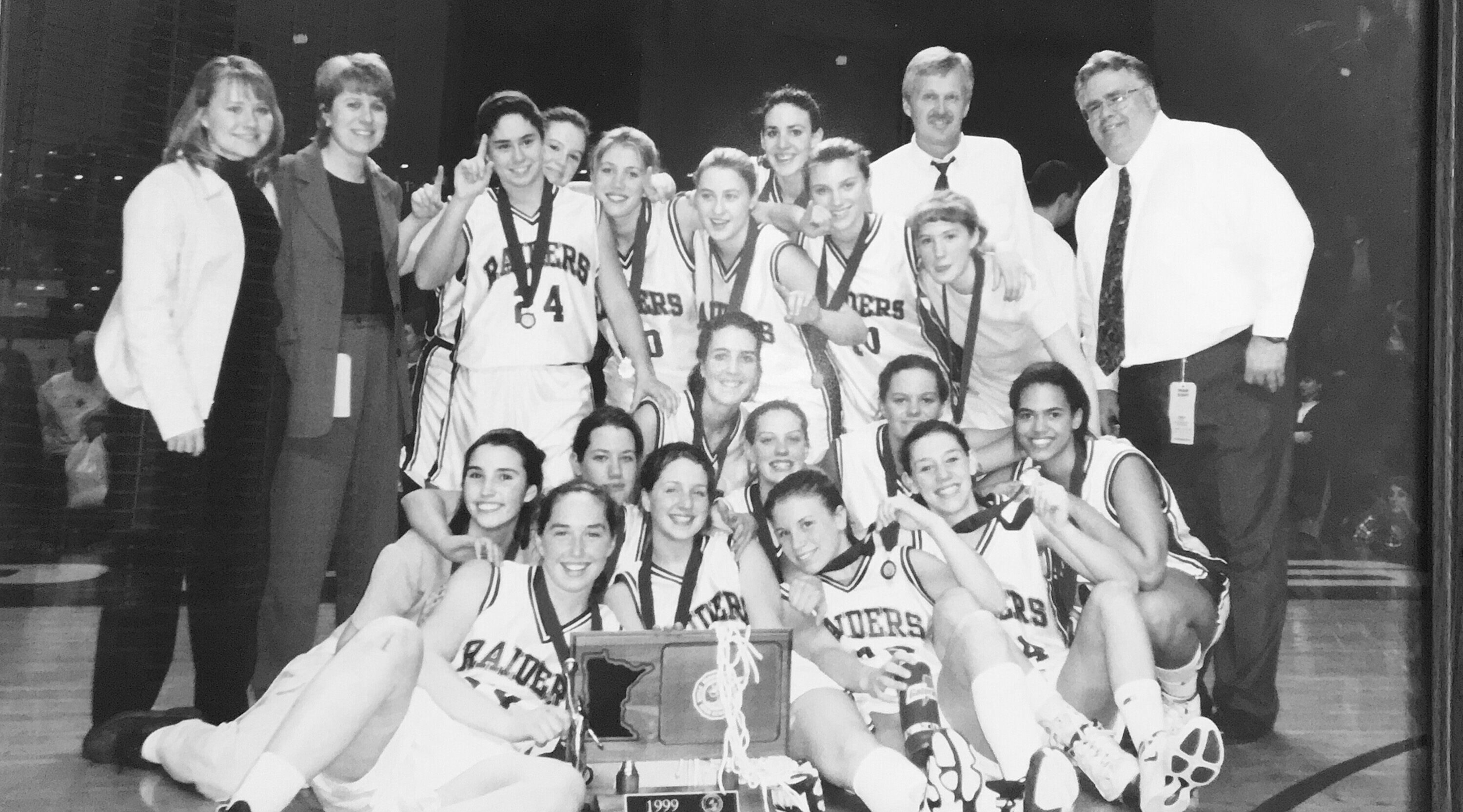 All inducted Hall of Fame members from Cretin and Derham Hall are included in the new CDH Athletic Hall of Fame.