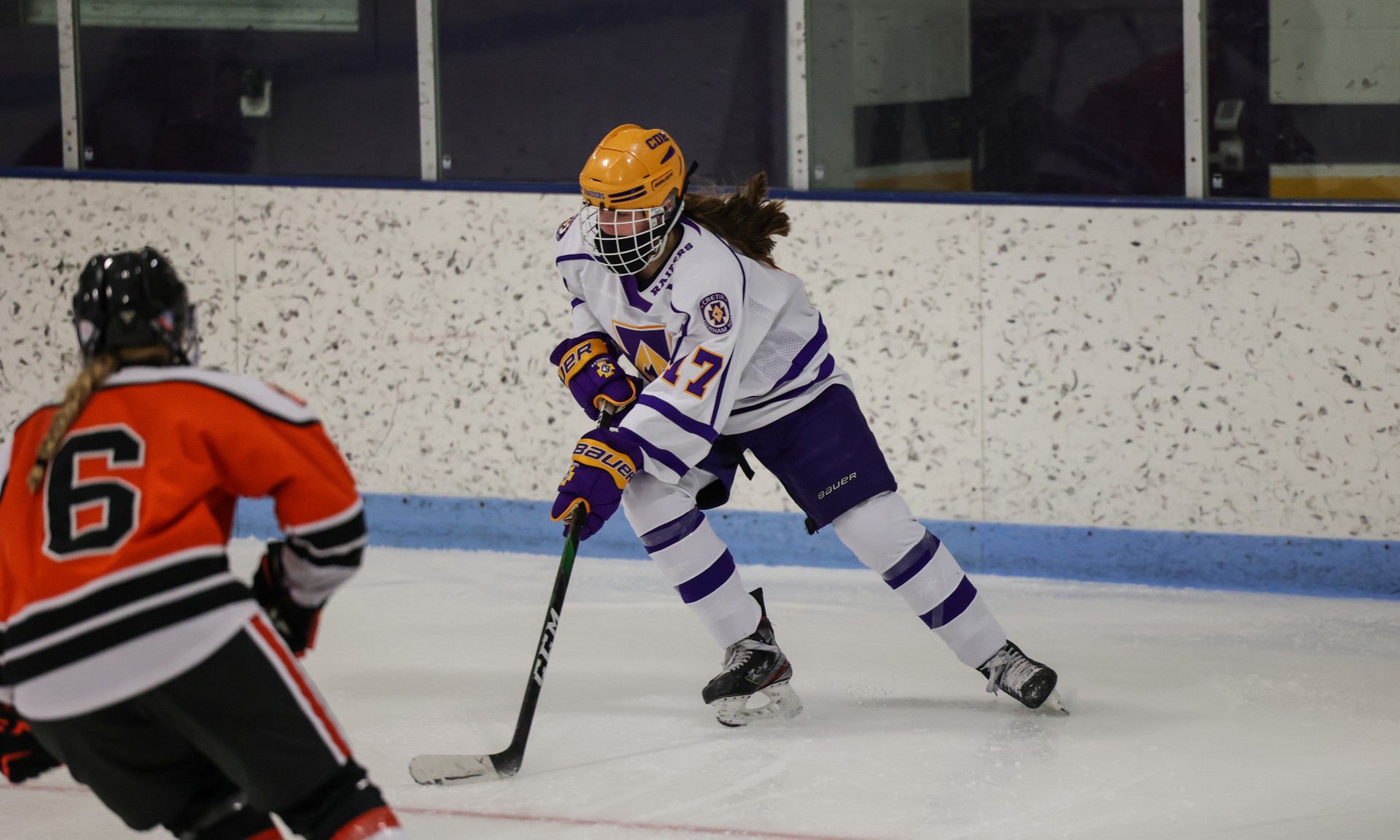 After last year’s shortened season, the Girls Hockey team was excited to get on the ice in November and start the exciting and challenging season ahead of them.

This year the team was placed into Section 3AA where they will need to beat Rosemount and Eastview to fulfill their team goal of making it to state.

“Our team is led by ten seniors that, along with their teammates, have set a goal to win the Suburban East Conference Title, the Section 3AA Championship and the State tourney,” said Captain Lily Geist ’22

The team is off to a strong start with a 6-2-1 record. After a hard fought 1-1 tie on Tuesday night at previously #4 Stillwater, they dropped a 3-2 OT loss to Roseville Saturday night in a hard fought game against another very strong conference rival. With strong showings against Holy Family, Stillwater and Roseville, the Raiders have earned their first top 5 state ranking in the Tony Scheid era.

“Our seniors lead by example with their strong self-discipline and focus. They bring an optimistic attitude to our team that gives our younger players confidence and makes every day enjoyable at the rink,” said coach Tony Scheid

This year the team has ten seniors, eight of them returners, who contribute massively to each game. The team also welcomed five new ninth graders who have already made an impact in the few games they have played as Raiders.

Players such as Geist, Alida Ahern ’25, Lily Anderson ’23 and Meredith Anfang ’23 have been some of our top contributors.

“I think when we beat Holy Family, ranked ninth in the state, it was a turning point for our team and we will only go up from there,” said captain Ari Evans ‘22.

Goalie Hannah Fritz ’22 saved 95 of 97 shots over two games and was later named Star Tribune Prep Athlete of the Week.

The girls are off to a great start and will host Mounds View this week before traveling to Mound Westonka and Irondale. Good luck on a successful season!