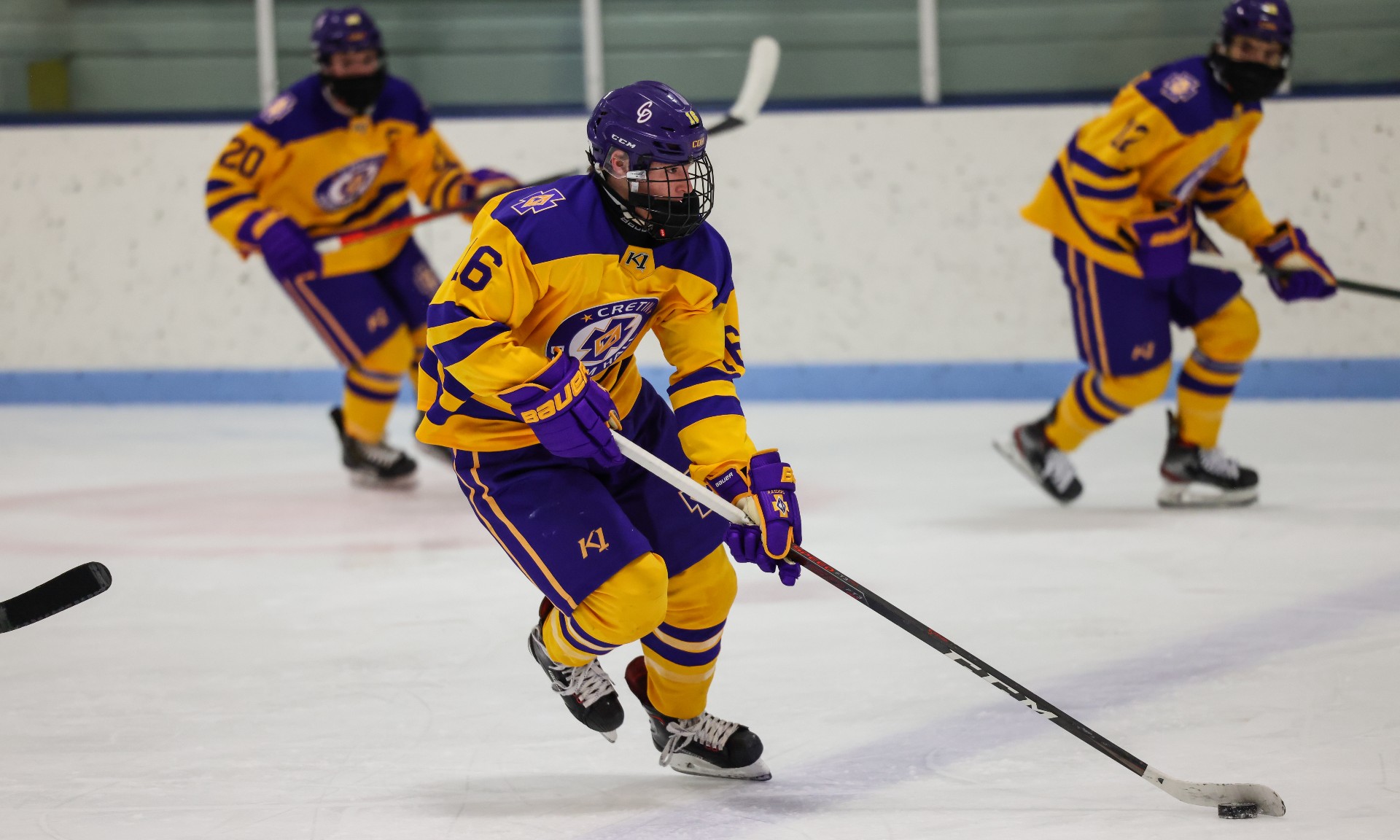 The Boys’ Hockey team skates their way into their season with high hopes and a chance to win the team’s first state championship since 2006.

“Early indications are it’s going to be a lot of fun this year,” said head coach Matt Funk. “It’s fun every year but it’s different every year. We are looking forward to it.”

The Raiders return a very experienced team with several players who have three years of varsity experience. “The difference maker for us as a team is our depth. The guys like Attila Lippai ’23, Devin Cardenas ’23, Luke McCarthy ’22, Kevin Odlaug ’22, Cooper Smith ’22, and Kaden Spaniol ’22 are going to make some noise this year and be a huge contribution to our success,” said Captain Jake Sondreal ’22.

Goaltending will also be a big key to the team’s success and there is not much better than Marko Belak ’22. Belak is a three year starter and is regarded by many as the top goalie in the state.

CDH moves into Section 3AA this year after several years in the western-suburb-dominated Section 6AA. This move should provide a much different look then their previous section which was dominated by Edina, Wayzata, Benilde St. Margaret’s and Blake.

“With our rival Saint Thomas Academy as our main section competitor, it will be very exciting to see how far this team can go. Our goal is obviously to be state champions, and I am very confident that we can get there with this great group of guys,” said Captain Drew Fisher ’22

The tough competition will continue all season as CDH has scheduled  games against the top teams in Minnesota. The Raiders will face Benilde-St. Margaret’s, St. Thomas Academy, Hermantwon, Andover, Edina and Eden Prairie to go along with the competitive Suburban East schedule.

“This season we will have the best schedule throughout my time at CDH. The student section has been great all year, and we hope to see similar energy at other games,” said Captain Zach Sondreal ’22

“I don’t see any easy games this year,” Funk said. “We are playing those teams. We aren’t playing against teams just to fill slots. The competitive level in my estimation is very strong.”

With tough challenges ahead CDH has put themselves in position to make a run to a championship this season.

Good luck Raiders on what we know will be a great season.