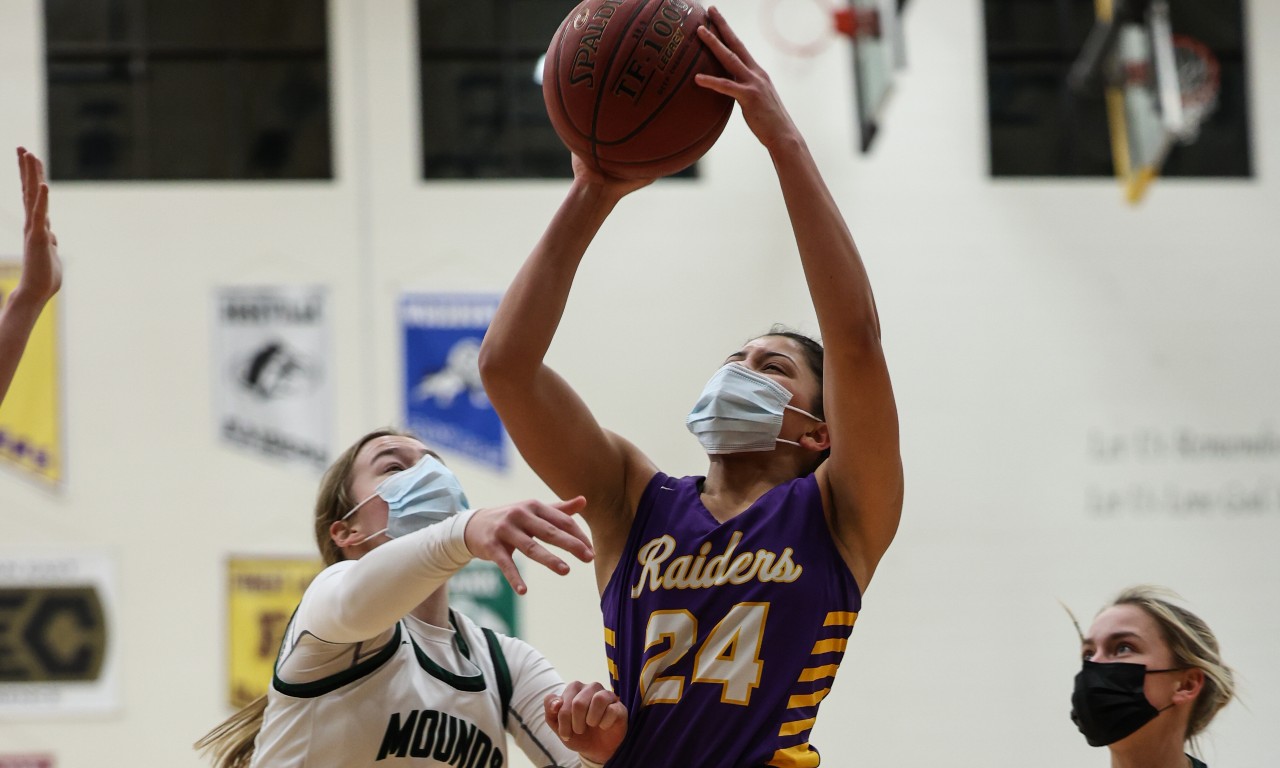 Martinez-Stewart has been a key varsity player for the past three seasons. She has had many moments to remember on the basketball court but one memory that stands out is making a three point basket as time expired to upset Roseville on the road in 2019.

“Audrey uses every inch of her 5'5 body when she plays basketball,” said Head Coach Crystal Flint. “From her speed and agility, to her ability to get off of the ground, you notice her right away on the court. Audrey is just as committed to offense as she is defense.”

Martinez-Stewart joined the girls’ basketball team as a ninth grader. She spent most of her first year at the JV level and was able to watch players like Autam Mendez ’18, Hayley Moore ’18 and Frannie Hottinger ’19 not only make a state tournament run but also see how hard you have to work to play at college level as all three are doing now.

“To me it wasn’t about the girls in the past but the legacy of the future. All of my past coaches and players along with my parents have taught me that what I do now will affect me in the long run. I looked up to the players I played with, but I always knew I wanted to be someone other girls looked up too. The fact that I have people on my team who are willing to learn and listen about the game help me embrace my leadership role.” said Martinez-stewart

Martinez-Stewart is a SEC All Conference player, who also played soccer and ran track during her four years at CDH, and has excelled in the class room with a 3.5 GPA.

“Managing grades and school isn’t an easy task especially this past year due to COVID., but  at a young age my dad taught me that if I want it I need to take charge and work for it. And also I knew that in order to get the future I desire I would have to succeed academically as well as athletically.” added Martinez-Stewart “Being able to balance leadership and my performance on and off the court has been focusing mentally and taking what my dad had told me and embracing it physically.”

She also aspires to be a Neurosurgeon one day. Martinez-Stewart is living proof of a true student-athlete that leads by example on the court and in the classroom.