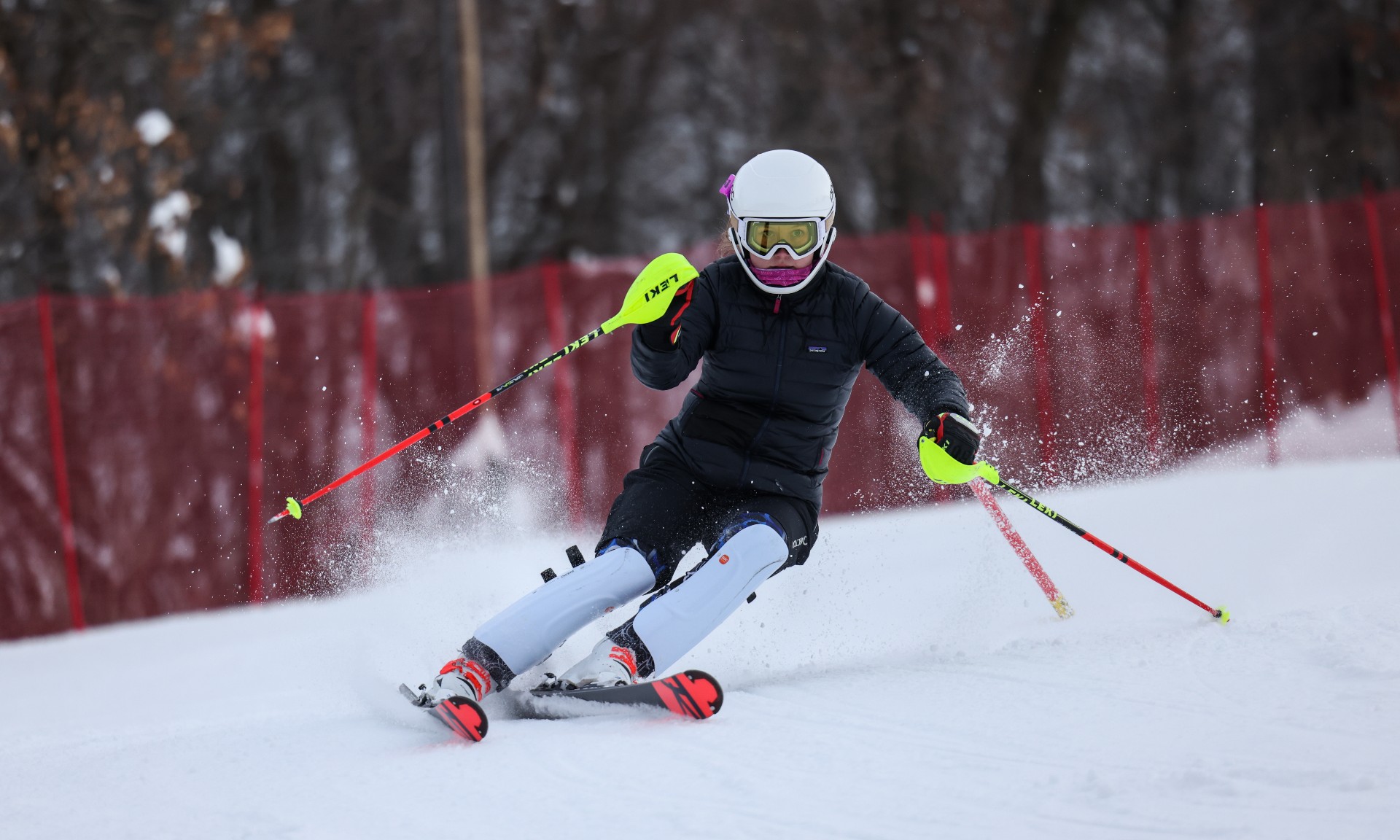 The Alpine Ski Team has a particularly cohesive group of athletes this year. They consistently strive to participate to their fullest in the workings of the team and in their personal performance, and have put themselves in position to contend for a section and state championship.

New to the boys team, and two of them new to slalom ski racing this season, are Daniel Honsa ’22, Luca Lombardi ’22, and Gabe Zilka ’23. The new athletes are progressing in racing amazingly quickly. The experience that they are gaining this season should provide depth and leadership for future seasons!

The girls team also returned three skiers in Serena Jacobson ’21, Jane Zirnhelt ’22, and Laura Evenson ’22 from last season. They are joined this season by Lolo Goddard ’22, Marin Miroslavich ’24, and Else Wermager ’24. All three additions to the girls team have strong slalom racing experience.

This core group of girls have a good chance of qualifying for the  state championship.

:“Slalom racing is a sport that, while complicated to master, is accessible to athletes on the high school level, who have limited ski experience.” said Wendy Loudas, Assistant Coach. “Every season, there are novice racers, and novice skiers, who join the team. It is truly amazing how quickly the athletes progress in their race skills. In the process, their increasing ski abilities, and their enjoyment of the sport, progress proportionately.”

The Alpine Ski team is always greatly enhanced by having a variety of athletes on the team who are at different levels of progression in the sport. They welcome all levels of skiers to the team.

“Skiing is a lifelong sport and many high school racers continue racing into adulthood,” said Loudas.

Good luck to the Alpine Ski team as they compete in the section championship next week.