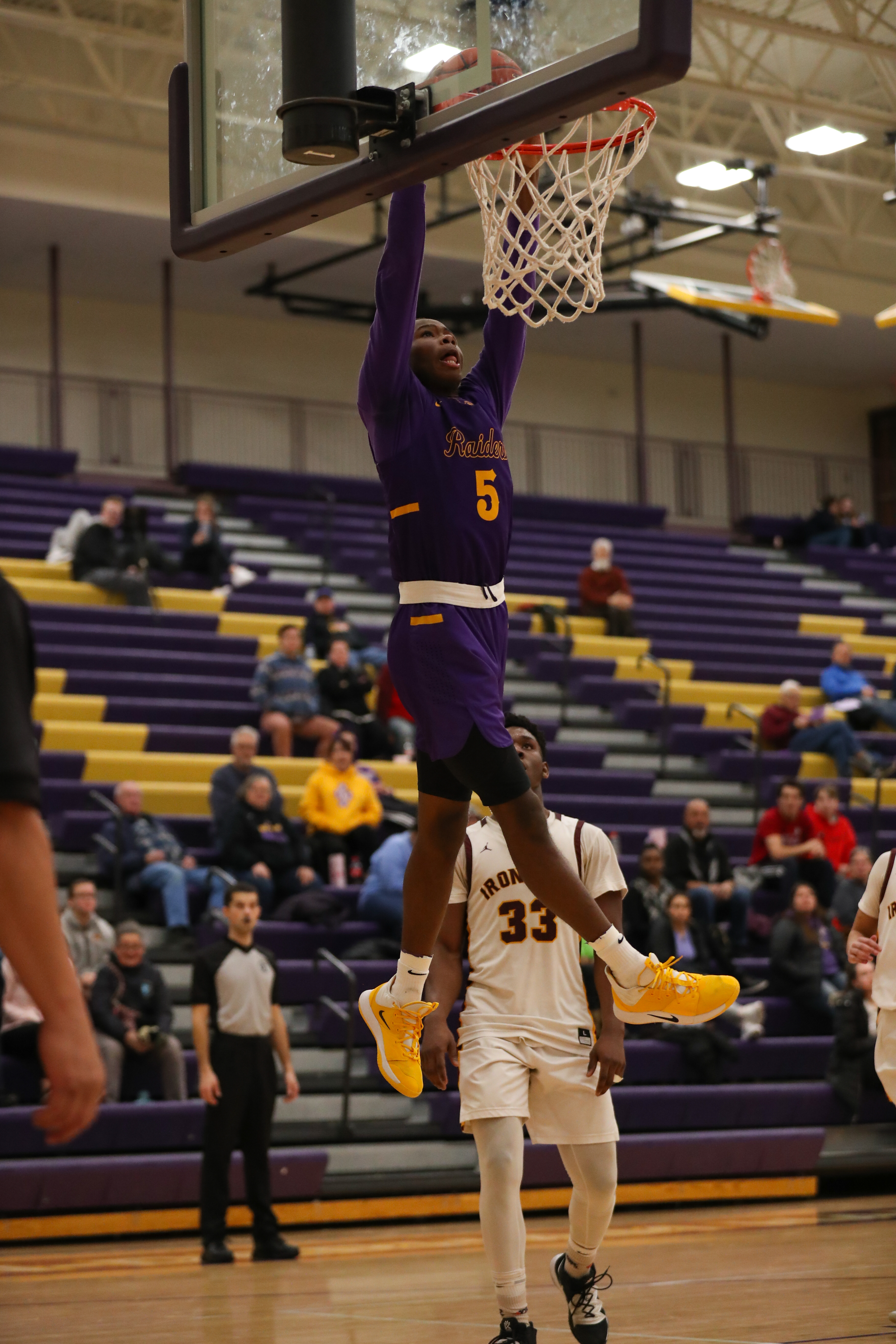 CDH Boys’ Basketball player Tre Holloman ’22 was recognized Friday during the Boys Basketball game at Roseville for his entry into the 1,000 Point Club. Holloman scored his 1,000th point on the first basket of the game. As of now, Holloman has scored 1,025 points over his varsity basketball career.

Holloman has been the Raiders starting point guard since his ninth grade year. CDH went on to defeat Roseville 79-51 in an important Suburban East match-up.

“We are so happy for Tre and his family on achieving this tremendous milestone.” said CDH Head Coach Jerry Kline ’93 “Tre will go down as one of the best players to ever wear a CDH uniform”

Holloman became the 15th Raider to join the prestigious 1,000 point club and with a season and half left Holloman should climb the ladder quickly.

With plenty of interest from NCAA Division I schools for both basketball and football,  Holloman has not yet decided on his plans.