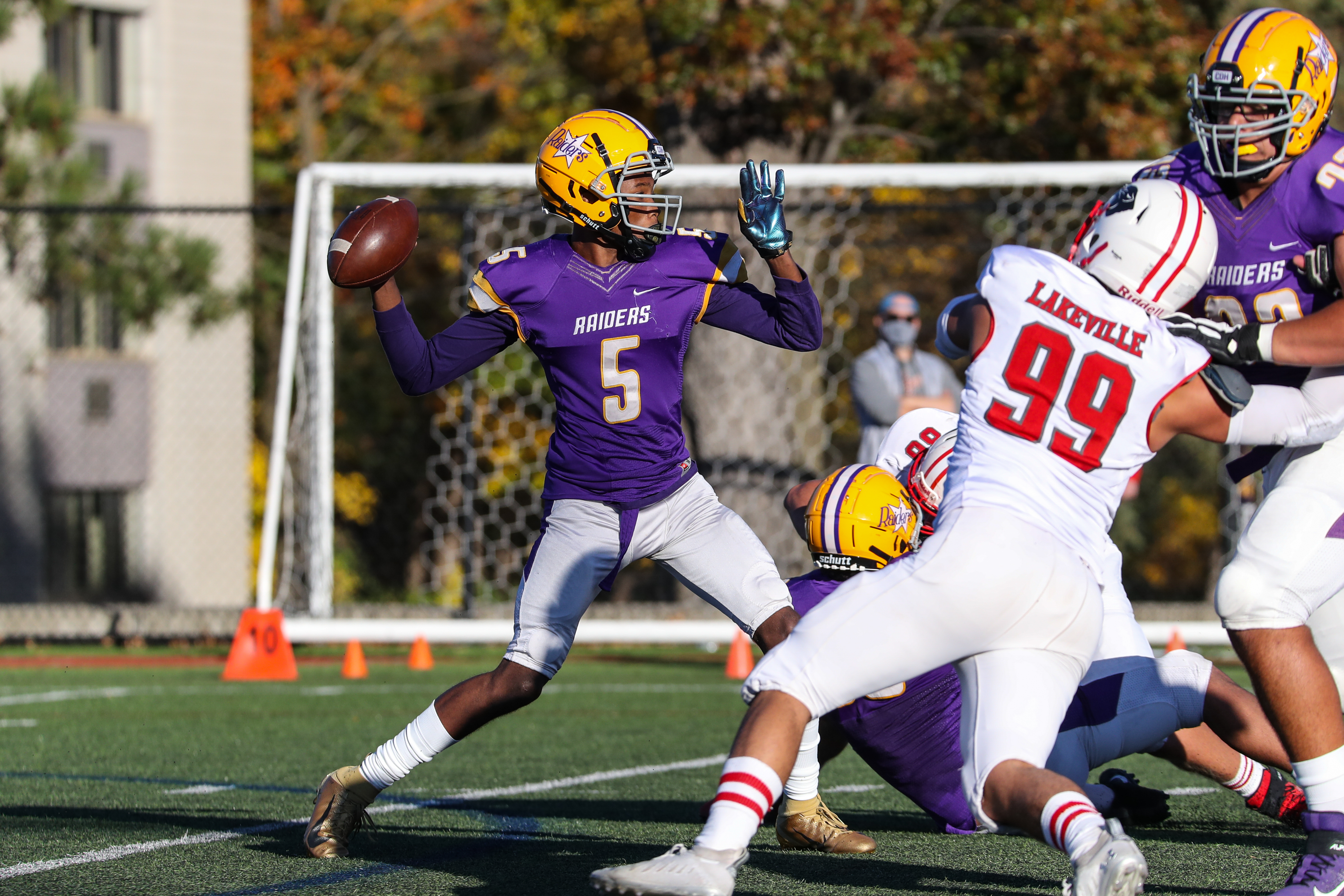 Friday night reminded us that special things can still happen within the chaos we’re all living.

The varsity football team has struggled to start their season, and Friday afternoon it appeared the season would continue to be as strange as ever.

The Raiders were notified a few hours before kickoff that their scheduled opponent, Woodbury, was unable to play due to a positive COVID-19 test. This was the second time in three weeks that the Raiders scheduled opponent was changed at the last moment; in week 1 Roseville was unable to play and was replaced by state power Lakeville North at the last minute.

CDH was ultimately able to find an opponent for Friday night, St. Paul Central. More importantly, the team was able to celebrate senior night. Due to the uncertainty week to week, the Raiders decided to honor their seniors as soon as they could. It was a great night for all in attendance.

The Raiders defeated St. Paul Central 36-0 to earn their first victory of the season. This win ended a 7 game losing streak and gave CDH momentum heading into this week’s game at Mounds View.

“Friday Night was a great illustration of how our senior class has continuously adapted to the world around them. We were thrown another curveball and our seniors led us through another obstacle,” said Coach Chuck Miesbauer ’03

“It was great getting to go back in time a little bit with a game against a school like Central. There is obviously a lot of history there and I hope our alumni got a chance to tune in for a little blast from the past.”

“We will, hopefully, return to our regular schedule with a tough game against Mounds View,” Miesbauer said. “They are a physical, tough, solid team that we will have to build on our win over Central and continue to improve. Like every game in our district, it will be a hard nosed fight. Our team is definitely capable of going on the road and getting a win this week but, we will need to protect the football and execute our assignments in all three phases of the game.”.

You can watch Friday’s game live at www.prepspotlight.tv.  Go Raiders!!!