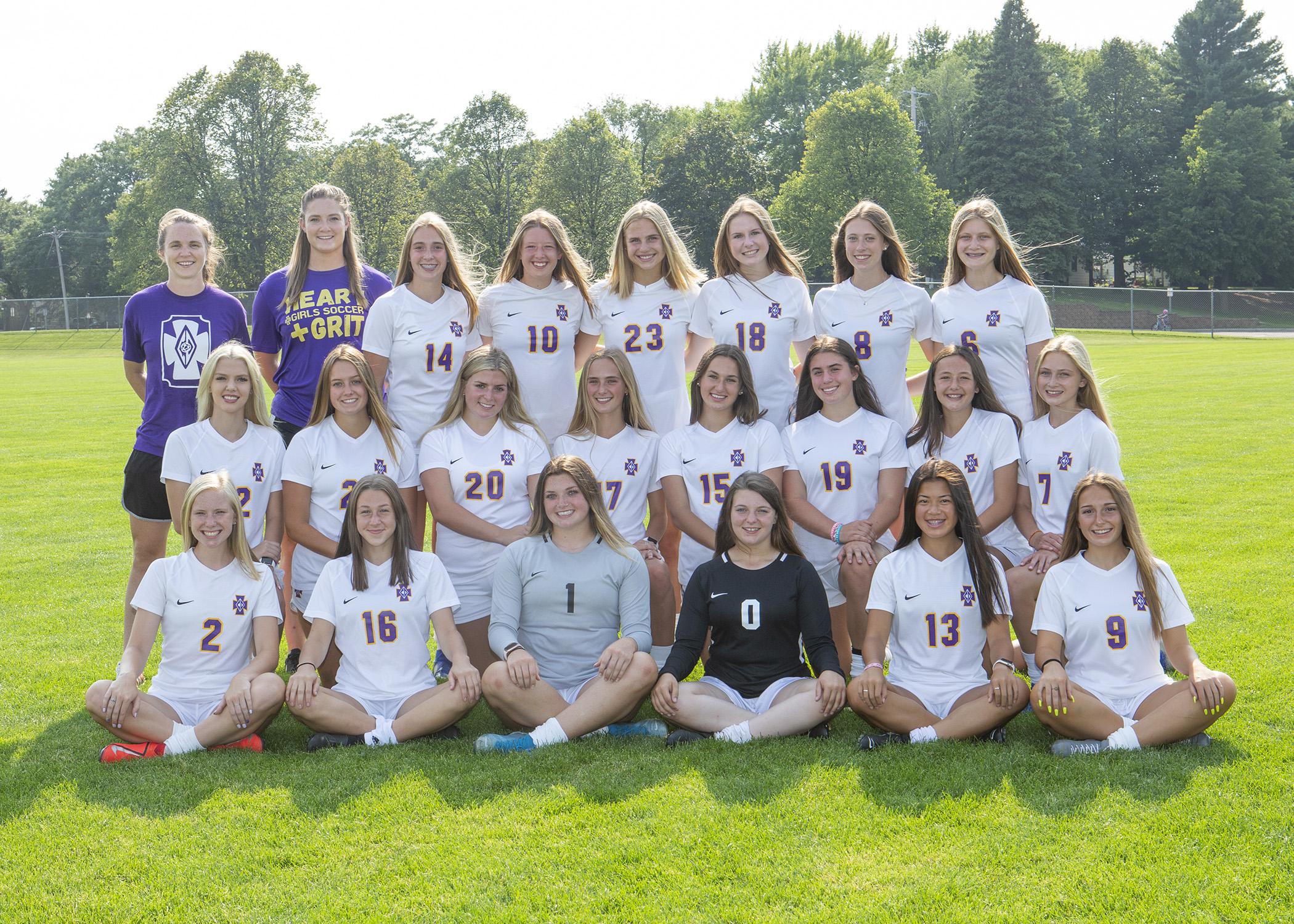 The 2020 girls soccer season started off different than most seasons. With everything going on, on and off the field, the season had a lot of questions surrounding it. The team lost seven starters to graduation, including goalie Oliva Kalla ‘20 and star goal scorer Paige Peltier ‘20.

Paige ended the regular season last year with 37 goals. The main concern for the season was seeing if the team would get to play all scheduled games and to see who would take over Paige’s goal scoring role.

The Raiders faced troubles during the season including playing games without players due to COVID-19 exposure. The season started off slow, but the defense played strong to keep the team in the game. Warming up to having six new starters was a challenge especially with the short season.

The chances were always there, but the ball just kept missing the net. The first goals finally came in the third game. In the final two games of the regular season the Raiders finally found the net, winning both games by six goals. These were exciting wins because they gave the Raiders confidence moving into sections.

Captain Emery Johnson ’21 said, “I’m excited going into sections, I hope we can make it to the section final. I can’t wait to see what us Raiders accomplish.”

The first section game will take place at CDH on Wednesday, October 14, at 7:15 pm. The

Raiders are seeded number 4 overall and will be playing the number 5 seed, Minneapolis South.