Future is Bright for Girls Tennis 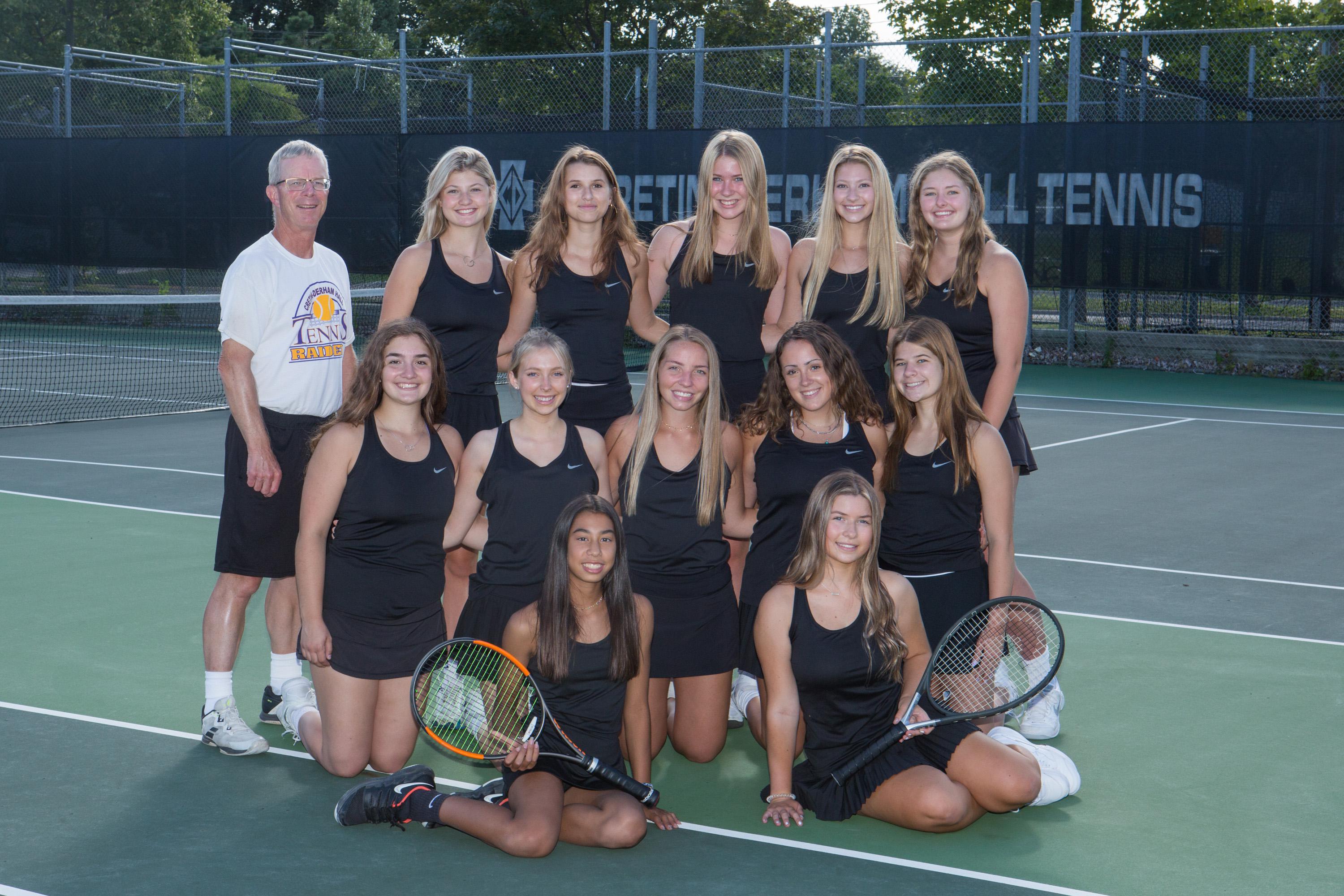 The Girls Tennis team has had a very solid year in the always demanding Suburban East Conference and just completed a run in the sectional tournament.

The Raiders finished the regular season with a record of 6-5 and an overall record of 7-6. They entered the sectional tournament as the #4 seed. The day-to-day grind of the SEC proved beneficial as the Raiders defeated Saint Paul Central 7-0 in the opening round of sectional play. CDH advanced to the sectional quarterfinals where they met South St.Paul, the #5 seed, and lost a tough battle.

CDH is led by its top single players Lily Cade ’23 and Morgan Redden ’23 as well as the doubles tandom of Anna Holm ’22 and Audrey Graham ’22. All have shown great consistancy throughout the season. Some other key contributors to the team are Lily Hanahan ’21, Megan Delsing ’22, Ella Klein ’21 and Emma Radebaugh ’21.

“The 2020 team was competitive in each match. With a strong core of talented players returning, next year should be similar,'' said Raider Head Coach Tim Spika.   “Cade and Redden form an amazing one-two combination that gives the Raiders a good chance to get an early lead. Graham and Holm anchor the top doubles spot, allowing others to flourish at 2nd and 3rd doubles. Delsing made tremendous strides this season, and will be counted on to make major contributions next year”.

This future of this team looks very promising as CDH will return several key players to next year's team. We are excited to see what the 2021 Raiders bring to the court!