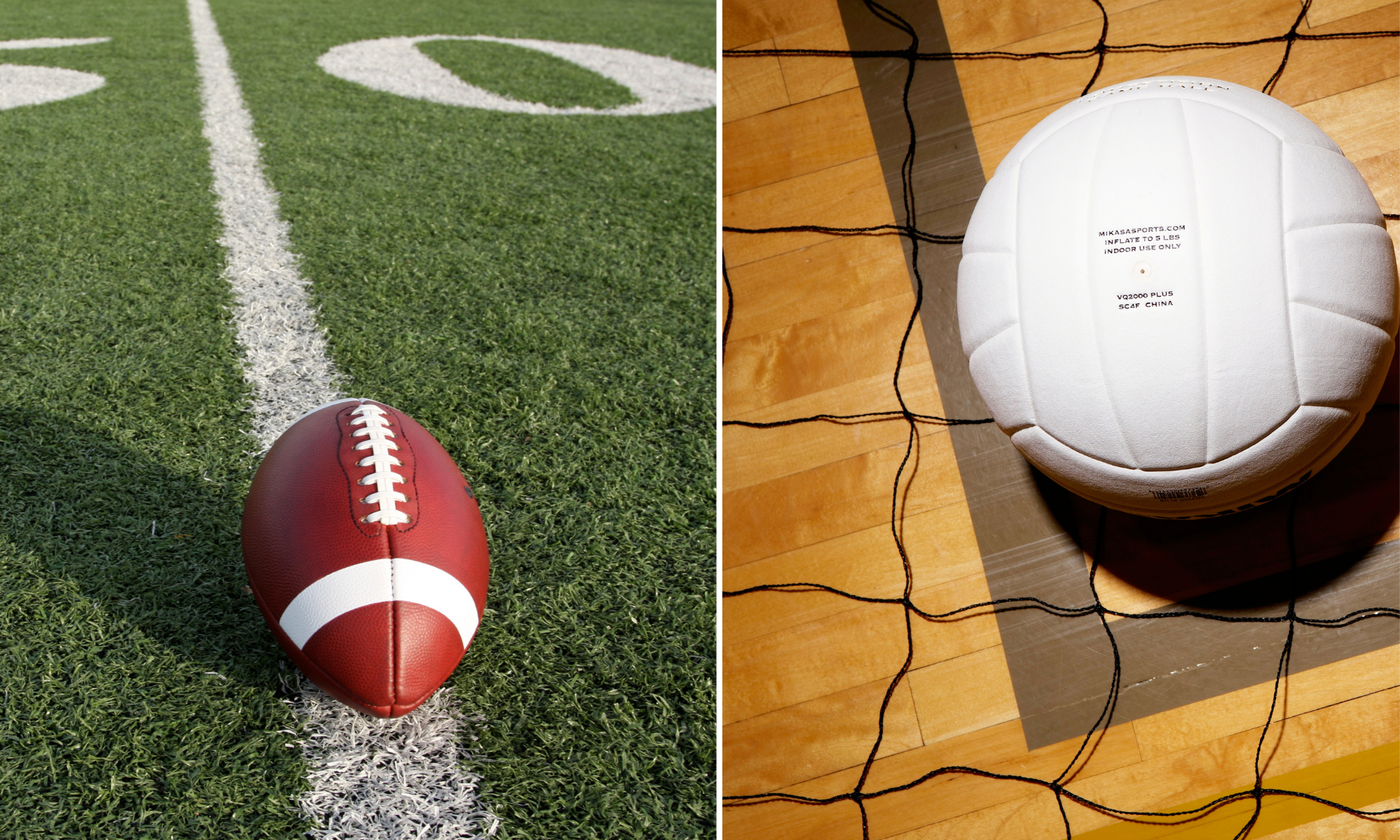 Touchdowns will be scored and volleyballs spiked by Minnesota high school teams after all in the coming weeks.

The Minnesota State High School League, in a reversal of its Aug. 4 decision, voted Monday morning to allow football and volleyball to compete despite the COVID-19 pandemic.

The MSHSL had earlier deemed the close contact inherent in those two sports to be too risky to allow them to be played during a pandemic. So they’d moved them to spring, while allowing lesser-contact sports swimming and diving, cross-country, girls tennis, and boys and girls soccer to proceed.

But after Monday’s revisit of the topic, Minnesota high school fall sports now have a full hand.

Football practices will be allowed to begin in full on Sept. 28, with a six-week regular-season game schedule to follow. Games will begin on Oct. 9 and 10.

Volleyball practices have a beginning date of Sept. 28, with 14 competition dates to follow after 10 practices. Matches may begin on Oct. 8.

Section tournaments are being designed for both sports as culminating events, though the possibility for state tournaments in all fall sports still remains.

“It’s exciting, we want to play football,” said Raider football coach Chuck Meisbauer '03, who just completed his first season. “I thought [the vote] was going to go this way. But you never know for sure. I think the kids are going to be really excited about being out there and playing again, as long as they can stay safe.”

The MSHSL board voted by landslide to bring back both sports. Football prevailed 15-3, while the volleyball vote was 14-4 in favor.

Cretin-Derham Hall volleyball coach Sara Waters felt relief as much as happiness over the MSHSL’s decisions.

Waters is also a club volleyball coach with Northern Lights and saw the high school and club versions of the sport being on a collision course had the MSHSL voted to keep volleyball in the spring, sinceo many of the state’s top volleyball players join club teams from January to June.

When the MSHSL announced its vote on Monday to admit high school football and volleyball this fall, Meisbauer saw an immediate reaction from the community.

“My phone blew up when the news came out,” he said. “But the community still needs to understand that there is still a lot of work to do here, and that people have to be patient. Athletic Departments have a lot of work to do now [in producing football and volleyball schedules and disseminating protocol for coaches to follow in the midst of a pandemic]. CDH has done a fantastic job putting policies in place to keep everyone safe. But at the end of the day, we are really glad that we’re having a season.”