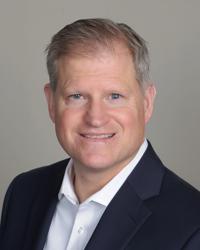 Tony Scheid was named the new head coach for the Raiders girls’ hockey team this week.

Scheid comes to CDH after serving as the head coach at Woodbury High School prior to that Scheid was head coach at Stillwater High School, where his team captured two Minnesota State High School League State Championships. He has a career coaching record of 260-112-21. Scheid was also a standout college hockey player for the University of Wisconsin.

The Raiders finished 12-13-1 last season and 11-6-1 in the Suburban East Conference, but Athletics Director Phil Archer ’99 said the program can build upon a foundation to succeed under Scheid's leadership.

"We're poised to take a step forward," Archer said. "We want to build a culture of confidence and commitment to winning."

Archer added they searched for a coach that leads with respect and passion, which summarizes the way Scheid has treated the players at his previous positions.

“It’s an honor and a privilege to be the coach at Cretin-Derham Hall. Cretin-Derham Hall has a rich tradition of academic and athletic excellence, and I’m very excited to be a part of their program,” Scheid said

Creating a winning culture begins with those personal relationships, according to Scheid.

“It starts with instilling self-discipline, focus, and optimism into everything we do.  Every player is expected to be a leader, and it all starts in the classroom. School comes first, and the effort in the classroom will carry onto the ice,” Scheid said “There’s always going to be an expectation where everyone brings their best effort, everyone is selfless and compassionate, and we will build from there. We are going to enjoy what we do every day. Another big key will be to focus on fundamentals. We will play with intensity, persistence, and determination to win every game.”

When asked about the team and long term goals for the program Scheid did not hesitate in raising the bar. “Our team goals are to win the Suburban East Conference and the Minnesota State High School Championship. The key to reaching our goals is to focus on the day to day process of doing everything the right way,” Scheid said.

“Enthusiasm will fuel our team’s success on and off the ice. We will create a positive learning environment emphasizing creativity, sharing ideas, sharing responsibility, fostering teamwork, friendship, and compassion.”