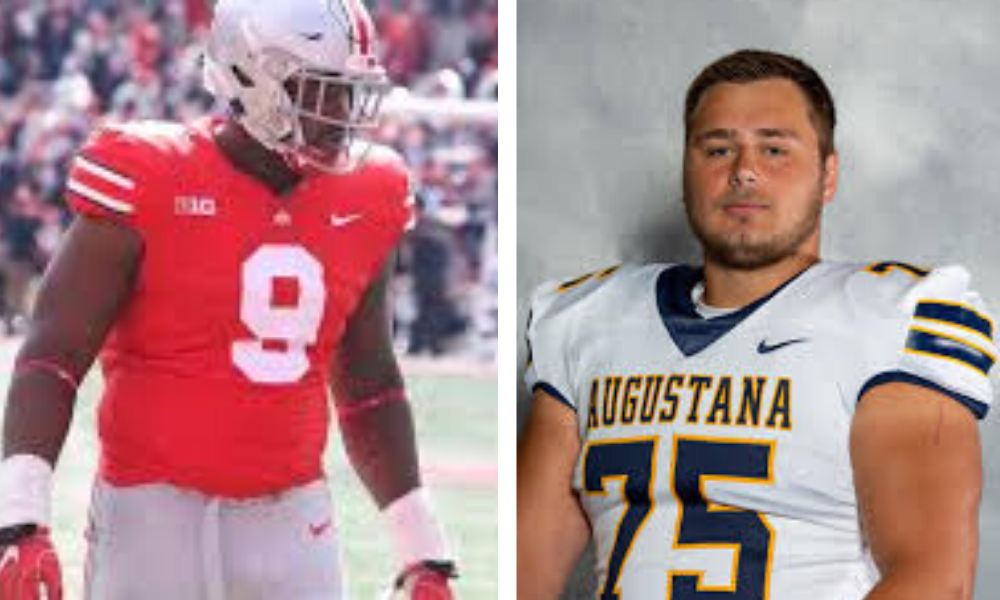 Jashon Cornell ’15 and Jake Lacina ’15 were both drafted to the NFL this weekend.

Jashon and Jake were both decorated members of the Cretin-Derham Hall football program, earning local and national accolades as high school students. Cornell attended national power Ohio State while Lacina followed in the footsteps of his father Corbin Lacina ’89 and attended Augustana University in South Dakota.

Both players earned All-Conference honors during their time at CDH, and had decorated careers at both universities.

On Saturday, both players realized their dreams as they were drafted to the National Football League. Cornell was drafted in the 7th round by the Detroit Lions and Lacina signed a free agent contract with the Minnesota Vikings.

Jerry Macken coached both players while at CDH and notes that while bothCornell and Lacina reached their goals, they took unique paths to get there.

“Jashon Cornell was one of our more physically gifted athletes to ever attend Cretin-Derham Hall,” Macken said.

As a ninth grader, Cornell won the Suburban East Conference  9/10 boys track meet, beating out 47 runners in the 100m Dash. By his junior year of high school, ESPN named him the top prospect in the country.  Cornell chose Ohio State over Notre Dame and Minnesota to name a few.

“Jashon has now accomplished his goal of being drafted. Jashon is a great young man,” Macken said.

“Jake Lacina was a late bloomer for us, but all you need to do is watch his high school senior year film and you can see how dominant of a blocker he was,” Macken said.

In college, Lacina made a commitment to get bigger, faster and stronger.  His hard work and dedication earned him the Rimington Award this past season as Division II's best center.

“We are proud that Jake will have the opportunity to play for the home state Minnesota Vikings, one of the teams his dad and CDH grad Corbin Lacina played for during his 11 year NFL career,”Macken added.

Both players are expected to contend for roster spots this fall with their respected teams.

Congratulations to both of these young men on realizing their life long dreams. The CDH community is very proud of you! Go Raiders!