Reid '20 Gets Her Shining Moment 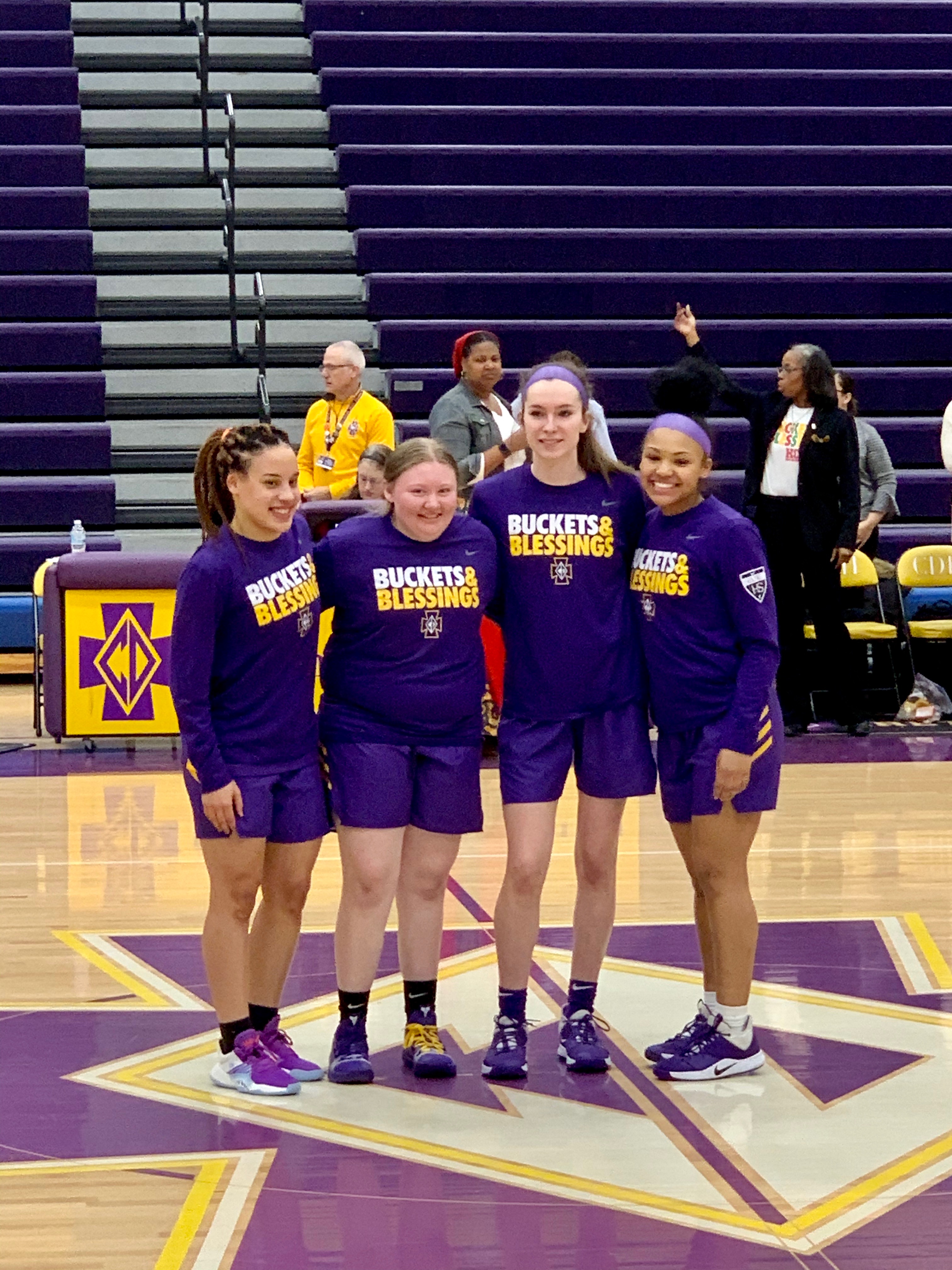 Lillian Reid '20 has managed the Girls Basketball team for the last four seasons. At senior night on February 19, her hard work and dedication were rewarded in a way no one would have imagined.

Reid has been a staple of the Girls Basketball program since arriving on campus in 2016. Her time with the team has included a trip to the state tournament in 2018 and a coaching change in 2019 when Crystal Flint was hired to lead the Raiders program

“When I accepted the job, the first message I received was from Lillian '' Flint said. “She asked if she could be the team manager. I said `Yes!' ”

“She’s been to every practice,” said Flint. “Her dedication, loyalty, and commitment to this team has been amazing.”

A few evenings ahead of Senior Night, Flint made an announcement that brought joy to the entire team. Reid would not only suit up on Senior Night, but would also be in the starting lineup.

She proudly wore the jersey and went through warm-ups with the team. Then, her name was announced in the starting lineup.

What happened next was a dream come true. Reid grabbed the first rebound of the game, as the crowd erupted. The Raiders lost a hard-fought contest to Park 57-52. Reid was rewarded for her true dedication to the program. This was truly a special moment for Reid, the Girls Varsity Basketball team and the community who showed up to support her.

Congratulations Lillian on making history as the first manager to start for a varsity team at CDH!!!