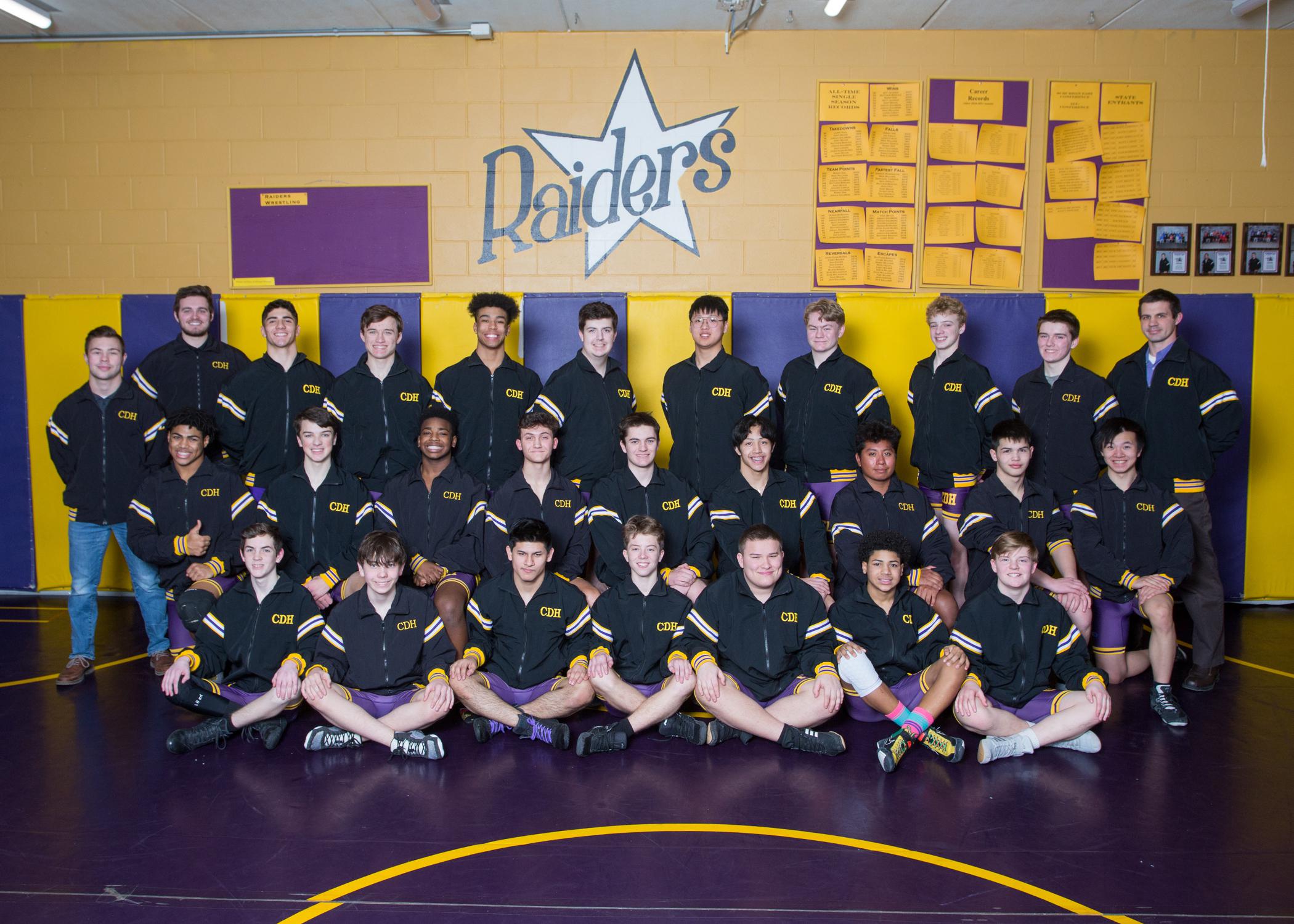 This has been a season of great accomplishments for the Raider Wrestling team. Coach Dan Willaert has built the program from the ground up continuing to grow numbers in a sport that has struggled in the past filling weight classes.

With impressive wins over Benilde St. Margaret’s and Tartan, the Raiders have earned the #4 seed in the Section 4AA tournament next week.

The foundation of the Raider program has focused on youth programs that Willaert established upon his arrival at CDH.

“It was very important to us to establish a culture and the best way to do that in a private school is build a youth program,” Willaert said. “Some of the kids that started in our youth program are now wrestling for our team.”

The Raiders have also brought more visibility to CDH in the wrestling world by hosting a high level event in honor of Michael Carlson ‘00, who passed away in service to our country during Operation: Iraqi Freedom. Michael was a standout heavyweight wrestler and football player in his time at CDH. His mother, Merrilee, has attended the tournament every year and awarded the team trophy.

The Raiders hosted the 5th Annual Sgt. Michael Carlson Memorial Duals on Saturday, February 1. The twelve-team field was loaded with talented squads from some of the largest high schools in Minnesota. Stillwater (ranked #3 in Minnesota and #32 in the country) successfully defended their title from last year by defeating Wayzata in the championship match. Forest Lake beat Lakeville South for third, and the only team that was new this year, Holmen, WI, defeated Apple Valley for the Tier I Consolation championship (5th place). Sartell-St. Stephen defeated CDH for the Tier II Consolation championship (9th place). The Raiders started their day with a loss to Apple Valley, but then bounced back to defeat United South Central in the consolation bracket.

The Raiders open up their section tournament by taking on the Highland Park Scots in the first round, if successful they will then meet the #1 seed South St. Paul Packers who are currently 18-4 on the season.

The Raiders’ Carey Vanier Jr. ‘21 has been outstanding all year winning several matches and has an excellent opportunity to make all-conference. With a good showing in the section tournament Vanier could qualify for the state tournament as well as an individual.

Good luck to the Raiders in the postseason!