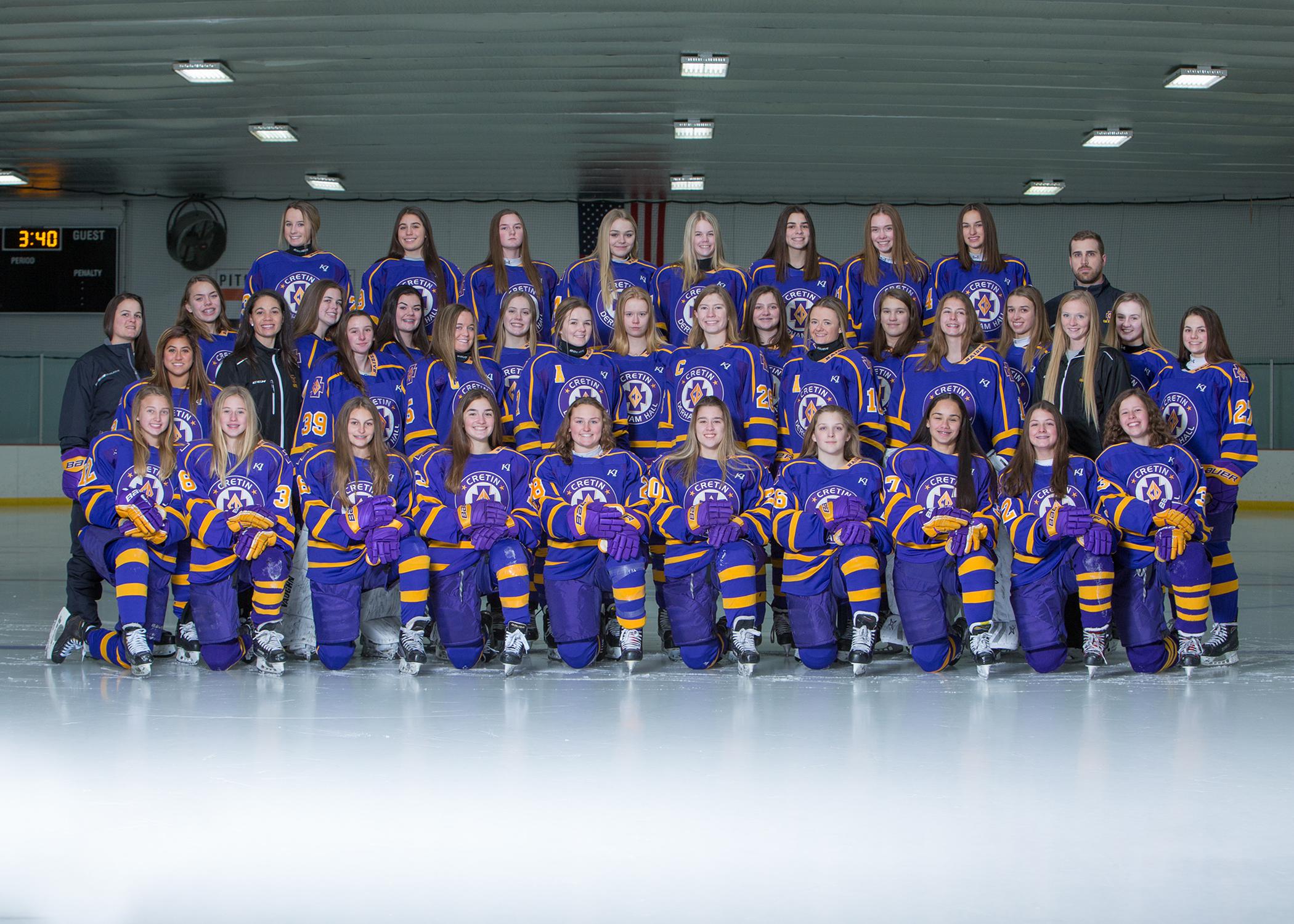 The CDH Girls Hockey team is reaching new heights this year. Strong senior leadership from Captains Cece Ziegler ’20, Olivia Garrity ’20, Stella Dolan ’20 and Kiera Ryan ’20 are leading the young team to success. The focuses of the team this year are attitude and effort. The team kicked off the season by going on a road trip up north to Alexandria, MN. They stayed at Arrowwood Resort, and had dinner at their coach’s cabin nearby. This was a unique experience and exciting way to bring the program together.

The girls are coming together as a whole through activities such as an upcoming Christmas party, Secret Santa, and attending a Gopher Women’s Hockey Game. The Boys and Girls Hockey Teams are creating a strong community atmosphere by supporting each other at their games, both home and away. They share a multi-purpose room in the upstairs of the arena, where both teams often have team meals. The atmosphere at the arena during boy’s and girl’s games has attracted many more fans this year. The music, lights, and fans have made this year unlike any others!

The team motto this year is “earned not given”. The team is working hard this season to live out that motto by pushing each other to reach their very best. The girls strive to compete at their highest level of play in practices, games, and during their off ice training sessions. The girls are beginning to learn that their opportunity to play hockey at CDH is earned, and not given. This keeps the spirits of the team at an all time high due to everybody putting in their 100 percent effort at all times to earn their spot on the team. The team this year is very unified, putting in a team effort in every game they’ve played. Nobody plays individually, which makes the team