CDH Cross Country: Setting the Pace for a strong finish 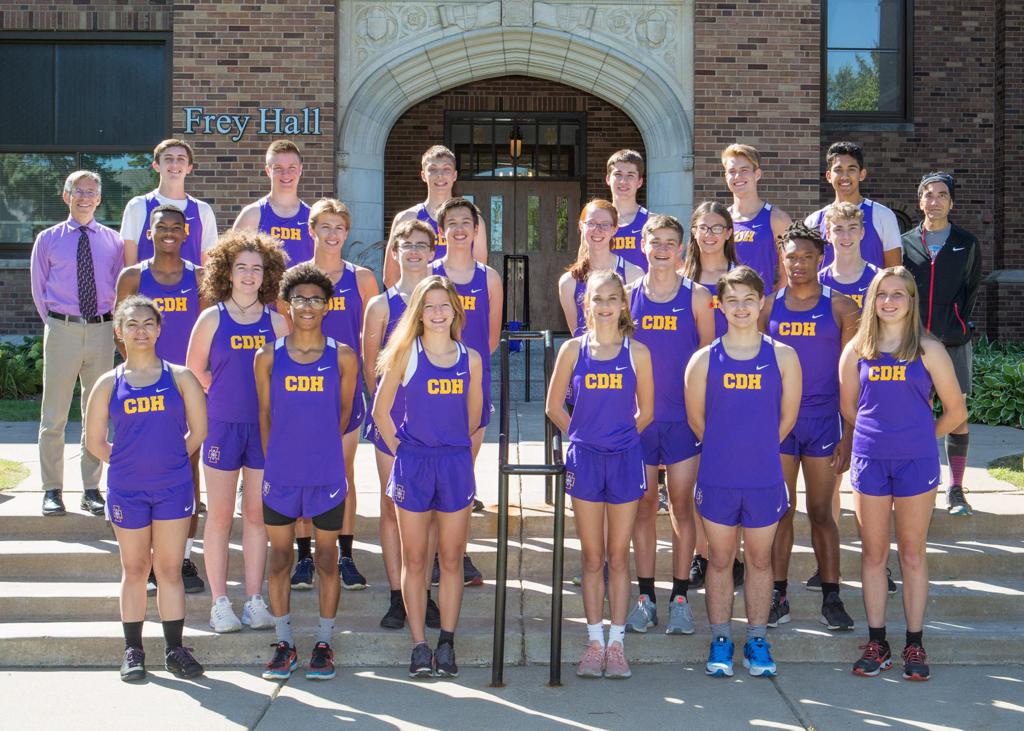 The Cretin-Derham Hall Raiders Cross Country teams have positioned themselves for a strong finish to the season, with returning letter winners showing consistency and leadership.

CDH is being led by captain Eli Brotman ’20 who is a 4-year runner with the team. He has just broken 17:00 in the Hoag Invitational for the first time in his career and is showing great strength and poise as a racer.

Andy Chestovich ’22 is in his second season running the 5K and showing tremendous strides of improvement.

Jack Mountain ’22 ran more than 500 miles in the off-season. “To say that this had an effect on his ability and confidence while racing would be an understatement,” said coach Chris Babcock. “He has been shedding minutes every race over his performances from just a year ago.”

Newcomer Josh Sims ’20 has moved up from his 800m distance in the Spring Track and Field season to the 5K of Cross Country. ”He is learning quickly how to pace himself for the longer race and is a good complement to (Mountain) in the middle of the Raider pack,” said Babcock.

Other runners on the boys team include Adam Sewich ’22, who has been out to prove himself since last season and is doing a great job. Connor Ingham ’21 qualified for the varsity squad at the Hoag Invitational in Anoka  and continues to work hard to move up in the Raider ranks.

On the girls side, Flannery McGreevy ’22 is CDH’s best 5K runner in only her second season. “Sophia Lentz ’23 has just begun running 5K's and has really come a long way over the course of the season,” said Babcock. Captain Monica Calkins ’20 has been with the team for four seasons. “She has made great strides since her first days running over the summer before her 9th-grade year at CDH,” Babcock added.

The Raiders will begin section meets in October. Good luck to both the boys and girls team in sections.